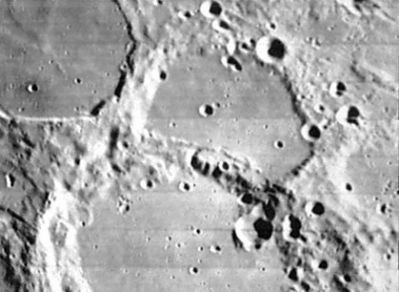 Several observers of the Phocylides/ Nasmyth/ Wargentin sector seem to have noticed some sort of temporary "absence" of Nasmyth A, the small crater on the floor of Nasmyth itself. See pages 160 and 161 of Harold Hill's A Portfolio of Lunar Drawings.- DannyCaes Jul 27, 2012

Deep Black and a Little White.