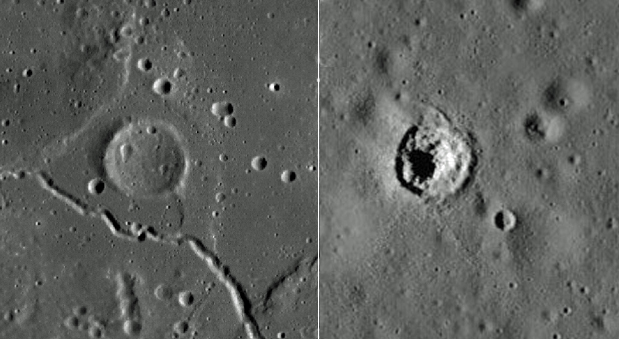 Photograph at left: the officially unnamed and oddly elevated "ghost crater" southeast of the much larger "ghost crater" Jansen R in Mare Tranquillitatis (nicknamed Jansen R's small companion by D.Caes).
Photograph at right: one of the (perhaps) millions of very small mushies which are scattered all over the moon's surface.

What about those mysterious Irregular Mare Patches (IMPs)?

Catalog of mushy disc shaped "ghost craters", of which their odd surfaces look like... well... elevated custard, porridge, or quark

Related pages in the Moon-Wikispaces Project