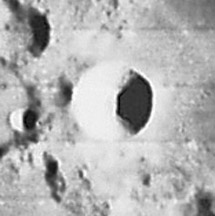 Of messrs. Hill and Ihle, and M 22 slightly south of the ecliptic; on the moon's path