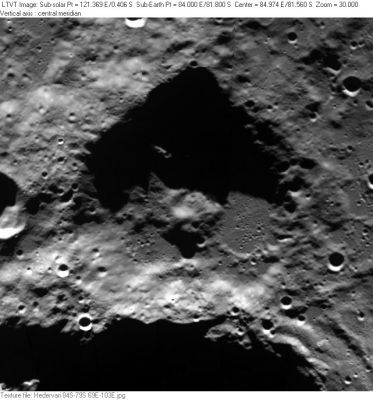 Clementine Hédervári is in the center. Its shadowed triangular extension to the north is caused by the separately-named 27-km diameter crater Hédervári C. On the left, cut by the margin, is 19-km Demonax B; and the dark form looming to the south is the north rim of 101-km Amundsen.