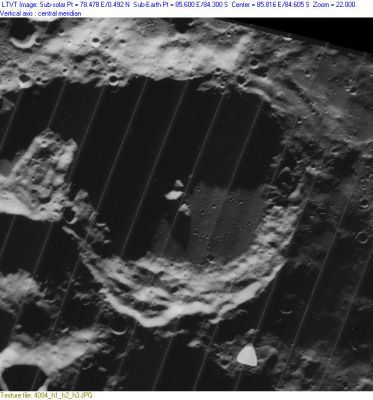 LO-IV-094H Amundsen is in the center. The 60-km diameter crater to its left (slightly above center) is unnamed. Below that, 73-km Nobile is partially visible, and along the bottom margin, the shadowed north part of 39-km Faustini. Near the top margin, one can see the sunlit inner south wall of 69-km Hédervári.