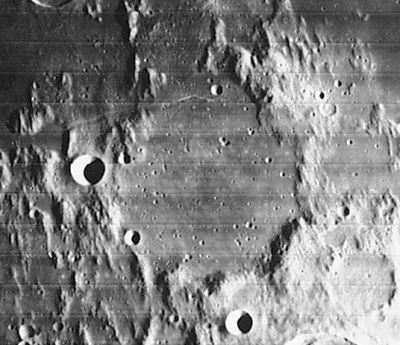 LOIV-108-H3 The prominent 13-km circular crater to the left of center is Mösting A, and above it a portion of Rima Flammarion is visible.

(IAU Directions) FLAMMARION.--A large incomplete walled-plain N.W. of Herschel, open towards the N., with a border rising about 3,000 feet above the floor. The brilliant crater, Mosting A, stands just outside the wall on the W.

(articles in which Flammarion is mentioned)