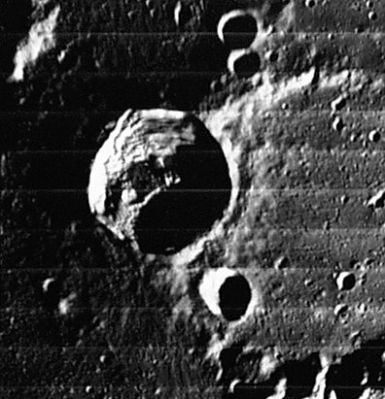 (IAU Directions) ANAXAGORAS.--A brilliant ring-plain of regular form, 32 miles in diameter, adjoining Goldschmidt on the W. It is a prominent centre of light streaks, some of which traverse the interior of Goldschmidt. On the north a peak rises to the height of 10,000 feet. There is a long ridge on the floor, running from W. to E.