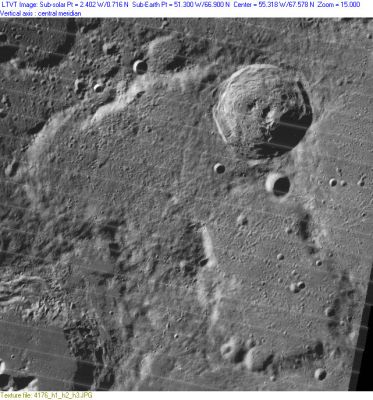 (IAU Directions) ANAXIMANDER.--A fine but much foreshortened ring-plain, 39 miles in diameter, abutting on the W. side of J.F.W. HERSCHEL. It has a large crater on its E. border, which is common to the two formations, and a very prominent crater, both on the S. and N. The barrier on the S.E. rises to a height of nearly 10,000 feet. Schmidt shows a crater and other details on the floor.