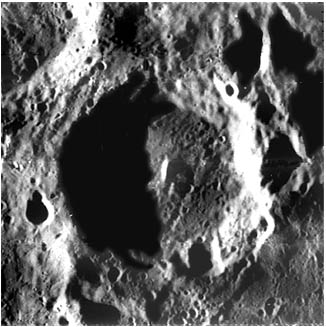 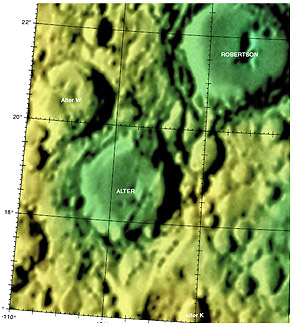 USGS Digital Atlas PDF: (left image)LO - LAC 54, (right)Color-Coded - LAC 54
Just east of Alter's central peak (running from south to north-east direction across the crater's floor) is a cleft that appears on close-up to be made from a series of smaller impact craters (a catena?). Is the source of this suggested catena that of secondaries from Robertson in the north-east - classified as Copernican in age (1.1 bn years - present)? The area is also covered in ejecta from Mare Orientale, which lies over a thousand kilometres away from Alter in the south-east direction.