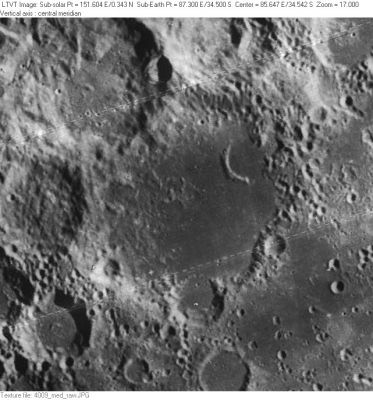 LO-IV-009M Abel is the irregular shape in the center of the field. Several of the other craters visible in this field have been given IAU lettered designations for their proximity to Abel.