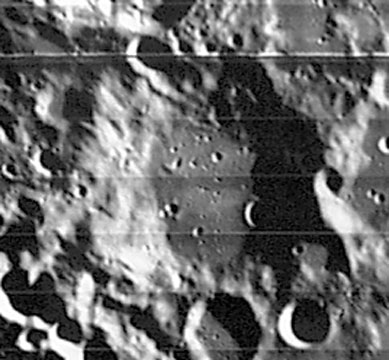 (IAU Directions) WILSON.--The most southerly of the chain of five massive ring-plains, extending in an almost unbroken line from Segner and differing only very slightly in size. It is about 40 miles in diameter, and has a somewhat irregular border, both as regards shape and height, rising at one peak on the S.E. to nearly 14,000 feet above a level interior, which apparently contains no conspicuous features.

Many Wilsons in the Sourcebook Project (William R. Corliss)