(disallowed name; appears on maps as Mons Undest, but not approved in either form; formerly known as Lambert Gamma) 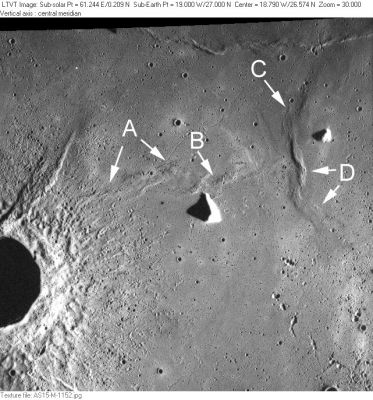 AS15-M-1152 The feature formerly called Lambert Gamma, and provisionally renamed Mons Undest (a name not allowed by the IAU) is the shadow casting (and somewhat nose-shaped) hill below the "B" arrow. The large crater on the left is Lambert. The "A" and "B" arrows are pointing to parts of Dorsa Stille (on whose page the remaining nomenclature is explained).