Swift (north of the larger Peirce, in the W part of Mare Crisium) 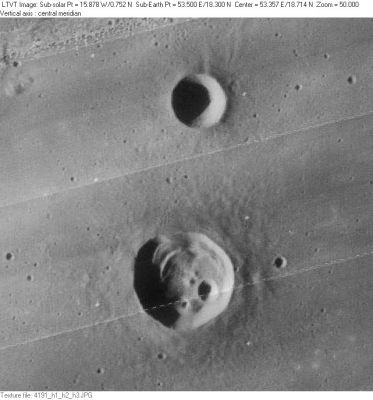 LO-IV-191H Swift is at the top with the larger crater Peirce below it.

In: Mysterious Universe; a handbook of astronomical anomalies (1979) :