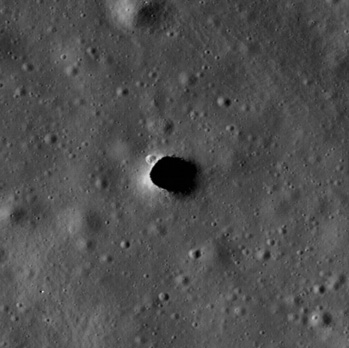 LROC view, NAC M114328462R, of a skylight in the Marius Hills from NASA/GSFC/Arizona State University.