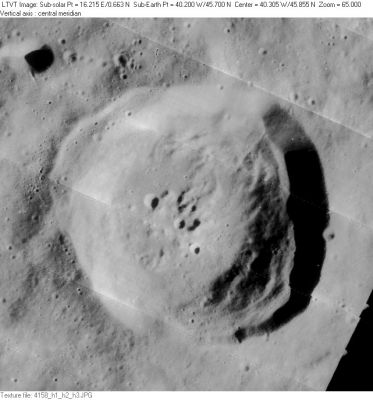 (IAU Directions) SHARP.--A ring-plain somewhat smaller than Mairan, on the W. of the Sinus Iridum, from the coast-line of which it is separated by lofty mountains. There is a distinct crater at the foot of its N.W. wall, and a bright central mountain on the floor. On the N. is a prominent enclosure, nearly as large as Sharp itself; and on the N.W. a brilliant little ring- plain, A, about 8 miles in diameter, connected with Sharp, as Madler shows, by a wide valley.