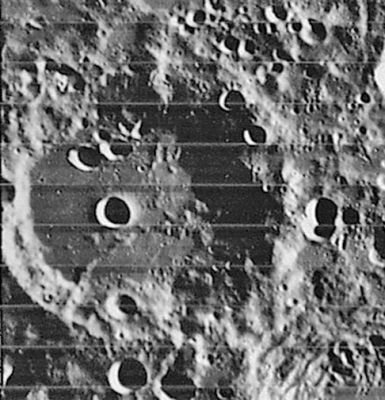 (IAU Directions) SCHEINER.--A still larger object, being nearly 70 miles in diameter, with a prominently terraced wall, fully as lofty as that of Blancanus. There is a large crater, nearly central, two others on the N.W. side of the floor, and a fourth at the inner foot of the W. wall. There is also a shallow ring on the N.W. slope. Schmidt shows, but far too prominently, two straight ridges crossing each other on the S. side of the central crater.