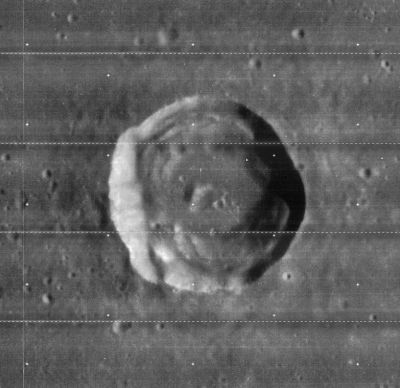 (IAU Directions) ROSS.-- A somewhat larger ring-plain of irregular form, on the N.E. of Maclear. There are gaps on the bright S.E. border and a crater on the S.W. wall. The central mountain is an easy feature.