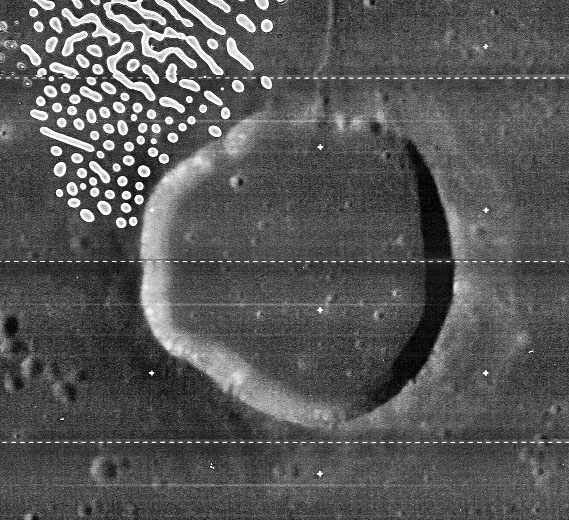 (IAU Directions) MACLEAR.--A conspicuous ring-plain about 16 miles in diameter. The dark floor includes, according to Madler, a delicate central hill which Schmidt does not show. Neison, however, saw a faint greyish mark, and an undoubted peak has been subsequently recorded. I have not succeeded in seeing any detail within the border, which in shape resembles a triangle with curved sides.