Rimae Theaetetus (I, II, and III) 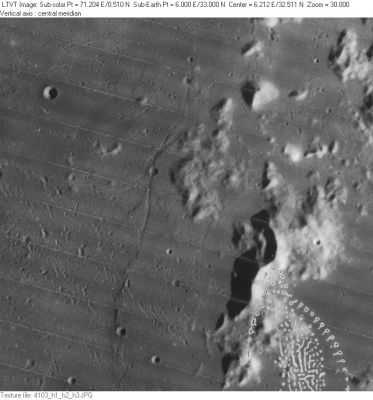 LO-IV-103H
Rimae Theaetetus I and II are the names for the rilles near the middle of this frame. The 5-km circular crater in the upper left is Aristillus A. Near the bottom, 3-km Autolycus K is astride the ridge that seems to extend south from one of the rilles. The hills on the right are the southern part of Montes Caucasus. None of the other features in this area of eastern Mare Imbrium have individual names. Rima Theaetetus III is not captured in this frame because its location is west of Theaetetus itself.

A Swell Place for Rilles