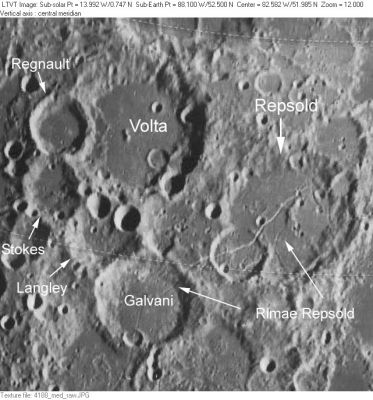 LO-IV-188M The IAU's Rimae Repsold includes at least the prominent rille extending from Repsold to the center of Galvani. Presumably it includes the other rilles on the floor of Repsold (such as at the tip of the arrow on the right). Whether it includes the southward extension from the center of Galvani is less clear. Other IAU-approved feature names in this medium resolution Lunar Orbiter view include: Volta, Regnault, Stokes, and Langley.