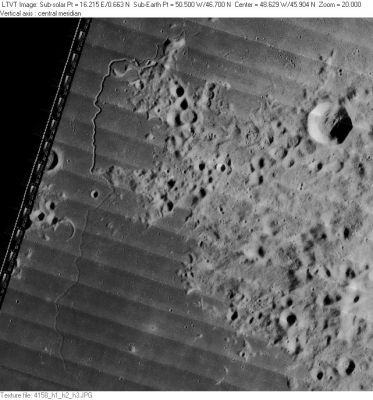 LO-IV-158H Rima Sharp runs along the entire left-hand side of this Lunar Orbiter view and continues for some distance out of the frame to the south. The 21-km crater Sharp B is in the upper right. A portion of the hilly area in the lower right corner is designated by the IAU as the 36-km crater Louville. Some of the craters to the west of Rima Sharp are lettered craters named after Louville.

Three Rilles and a Strange Volcano