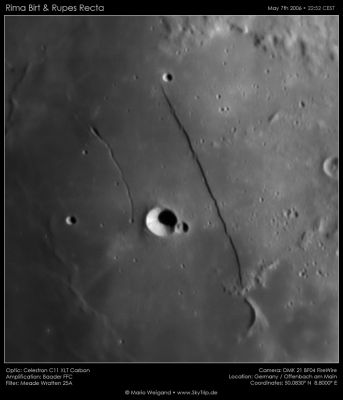 Mario Weigand; The rille is to the left (west) of the Straight Wall.