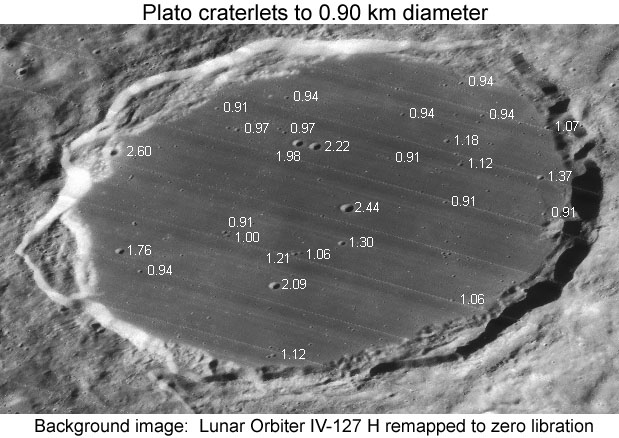 LPOD Photo Gallery: the white annotations are craterlet diameters (in kilometers) as measured on the Lunar Orbiter image with LTVT. Note that some features that look like they should be labeled, but aren't, are groupings of closely spaced smaller craterlets. For example, the prominent feature directly above the 1.76 km label on the left is two closely-spaced craterlets with diameters of 0.79 and 0.82 km -- together they are larger than some of the labeled single craterlets. For details regarding the unlabeled craterlets see the text file available under Additional Information.