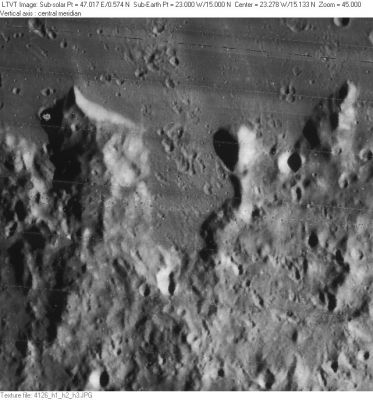 LO-IV-126 Pietrosul Bay is the vase-shaped region in the center of the frame. The small circular crater to its right is Gay-Lussac C.