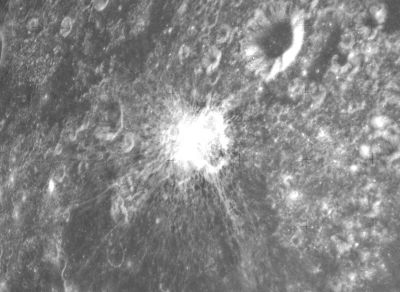 AS17-M-2382 Petit is the crater surrounded by bright ejecta in the center of this frame, the fluted crater to its upper right is Townley. North is roughly to the right in this view.