Peek - at the northern section of Mare Smythii 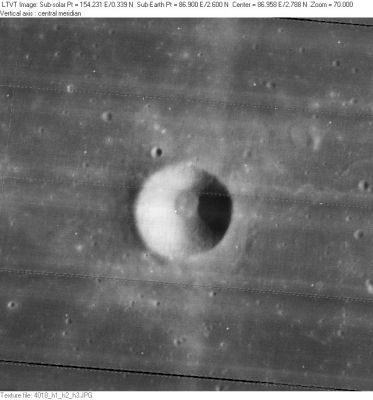 Gallery of orbital Apollo (and Lunar Orbiter) photographs which show crater Peek and its environs:

Peek is a classic simple crater, lacking terraces and possessing only a few tiny hills that could be precursors of the central peaks that develop in larger craters. It is superposed on Mare Smythii lavas but does not possess significant bright ejecta so has been eroded somewhat. Based on crater counts the mare is 1-2 b.y. old, one of the youngest surfaces on the Moon, and hence a target for future sample collecting.

B. M. Peek in the Sourcebook Project (William R. Corliss)