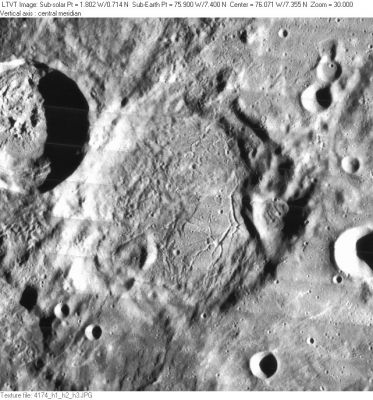 (IAU Directions) OLBERS.--A large ring-plain, 41 miles in diameter, near the limb, N.W. of Cavalerius. Though a very distinct formation, it is difficult to see its details except under favourable conditions of libration. It has a large crater on its E. wall, a smaller one on the W., and a third on the N. The floor includes a central mountain, and, according to Schmidt, four craters. He also shows a crater-rill on the E. wall, N. of the large crater thereon. Olbers is the origin of a fine system of light rays.

A certain Olbers in the Sourcebook Project (William R. Corliss)