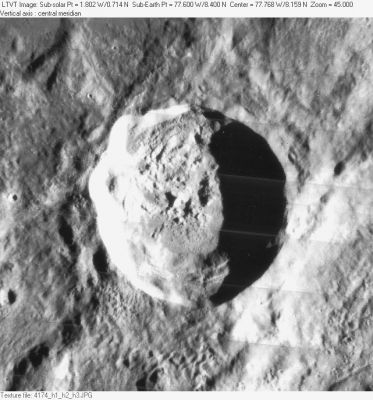 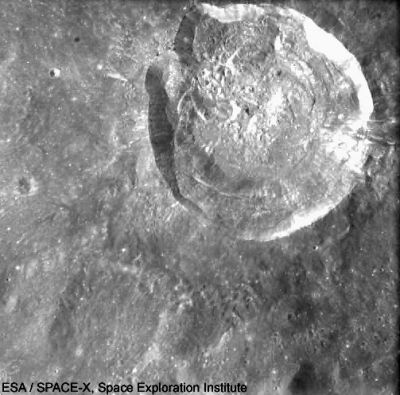 Left: LO-IV-174
Right: SMART-1 Although not evident in these close-up images, when seen from overhead in a wider view at high sun, Glushko is the center of a brilliant ray system.

S-Banding along the western limb