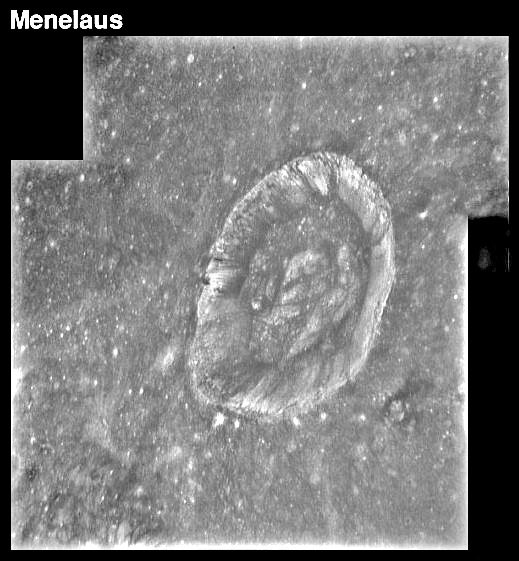 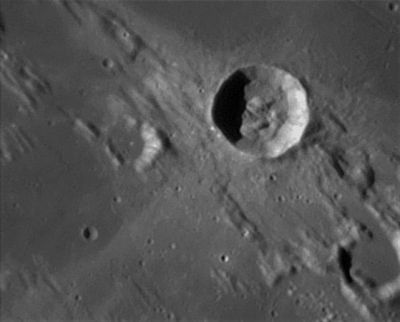 Left: Apollo 15 - high Sun.
Right: François Emond: Menelaus with Daubrée to its left and Auwers in the lower right

(IAU Directions) MENELAUS.--A conspicuously bright regular ring-plain, about 20 miles in diameter, situated on the S. coast-line of the Mare Serenitatis, and closely associated with the Haemus range. It has a brilliant central mountain, but no visible detail on the walls. On the edge of the Mare, S.E. of it, there is a curious square formation. The bright streak traversing the Mare from N. to S., which is so prominently displayed in old maps of the moon, passes through this formation.

The Bessel Ray (is Menelaus the source?)