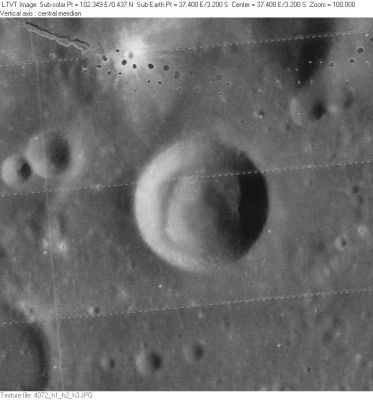 LOIV 072 H3 Leakey is in the center, viewed here from the south. See also the following Lunar Orbiter view, showing Leakey as seen from the north, and their combination as a red-blue stereo image.