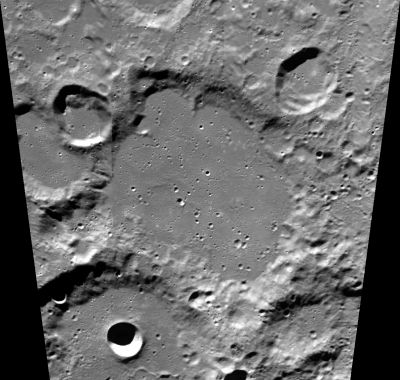 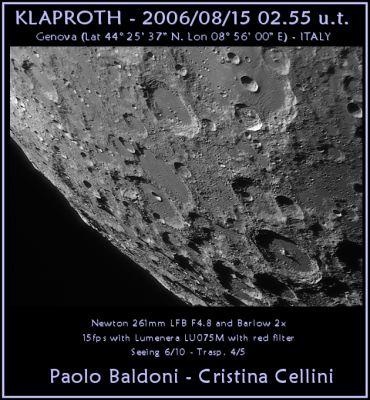 (IAU Directions) KLAPROTH.--Casatus partially overlaps this still larger but less massive formation on its S.W. flank. The walls of Klaproth are much lower and very irregular and broken, especially on the E. There are some ridges on the floor. The neighbouring region is covered with unnamed objects, large and small.

Martin Heinrich Klaproth (1 December 1743 – 1 January 1817) was a German chemist and mineralogist. Klaproth was the leading chemist of his time in Germany. An exact and conscientious worker, he did much to improve and systematize the processes of analytical chemistry and mineralogy. He was the first to discover uranium, zirconium and titanium, and to characterize them as distinct elements, and he elucidated the composition of numerous substances, including compounds of the then newly recognized elements: tellurium, strontium, cerium and chromium.

Unknown Klaproth
On Top of the World