Joy - and the "Pit of Joy" immediately east of it 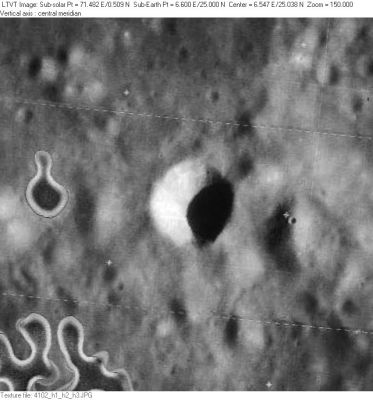 LO-IV-102H
Joy at centre of frame, the Pit of Joy east of it (on top of the unnamed hillock). The weird shapes to the west and southwest of Joy are blemishes in the photographic film of Lunar Orbiter IV.