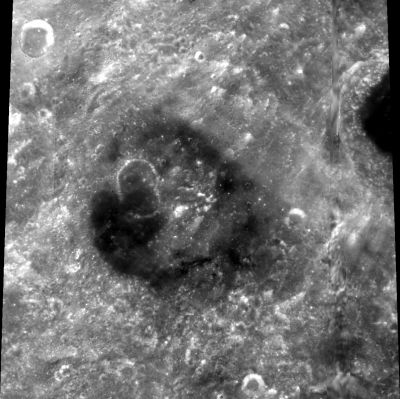 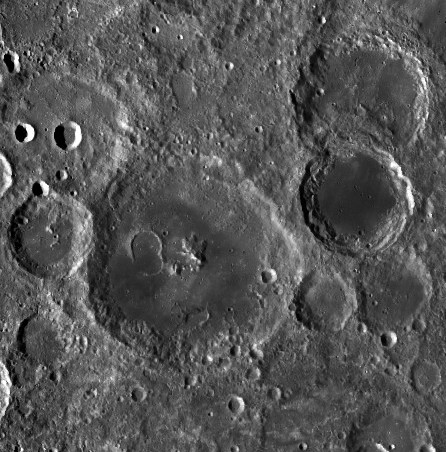 LPOD Photo Gallery Lunar Orbiter Images Apollo Images
Perhaps not mentioned in the LPI's list, but... Apollo 10 made two photographs of Joliot and nearby Lomonosov (AS10-27-3916, 3917). The captions below both frames are totally wrong, because those photographs don't show Ptolemaeus and Tycho!
Detection of errors: Danny Caes

Deep, Young and Ashy
Out on a Gaussian Limb (Terrestral photograph of Joliot, made during favourable libration).