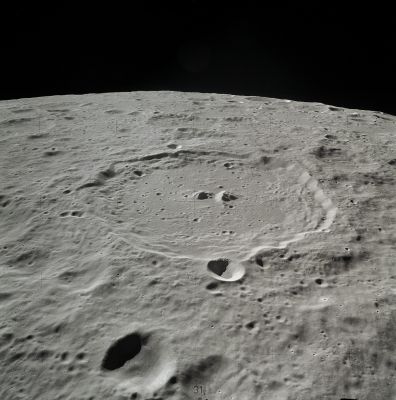 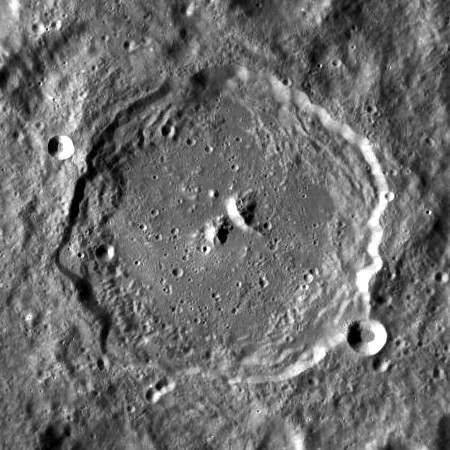 left: AS15-88-11987 Looking northwest with shadowed 25-km Koval'skiy U in the foreground, and 16-km Sklodowska J on Sklodowska's near rim.
right: LROC

Five degrees beyond the limb (close-up of a small segment from an orbital Apollo 17 photograph of Sklodowska).