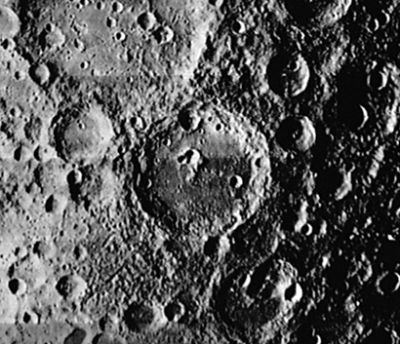 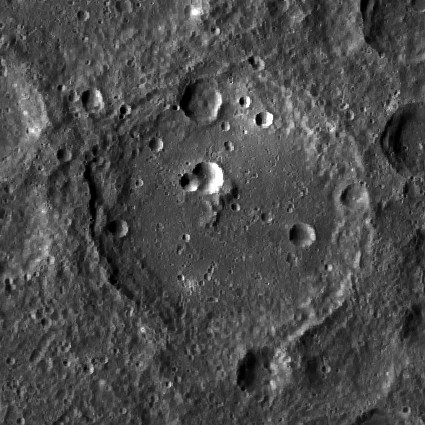 left:LOII 196 M Hilbert is in the center with 224-km Pasteur in the upper left.
right: LROC

LPOD Photo Gallery Lunar Orbiter Images Apollo Images
WARNING:
- There seems to be some sort of confusion at the LPI's list of Apollo 12's orbital photographs of Hilbert. Several Hasselblad frames (of A12) show the caption Hilbert, while the depicted crater is, in fact, Einthoven (of which the location is 13 degrees northward of Hilbert).
- AS12-54-7961 is one of those so-called photographs of Hilbert (in fact, this photograph shows the southern half of Einthoven).
Research and discovery of error: Danny Caes
- Apollo 15's orbital Hasselblad AS15-88-11985 shows Hilbert at right, Kondratyuk at left. The crater in the upper right corner is Alden C. Looking south. The red and blue streaks near the lower left corner and the left margin are internal reflections. Research: David Woods (Apollo 15 Flight Journal) and - DannyCaes Dec 14, 2007