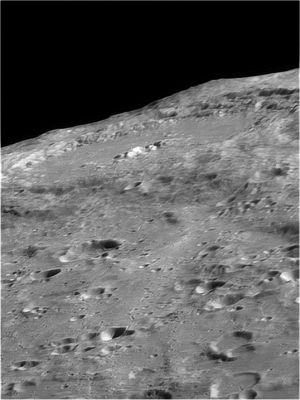 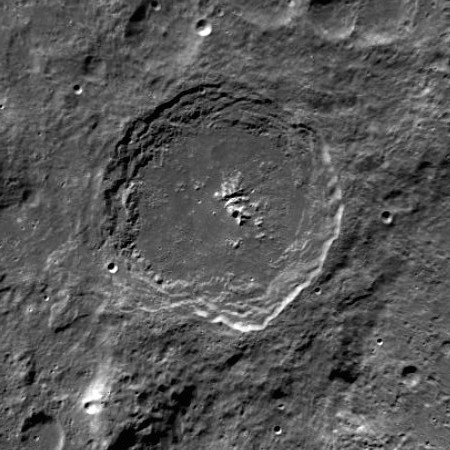 (IAU Directions) HAUSEN.--A ring-plain, close to the limb, N. of Bailly, which, but for its position, would be a fine object. It is, however, never sufficiently well placed for observation.

Polar Triptych. Red & Blue on the Limb A Bigger Copernicus