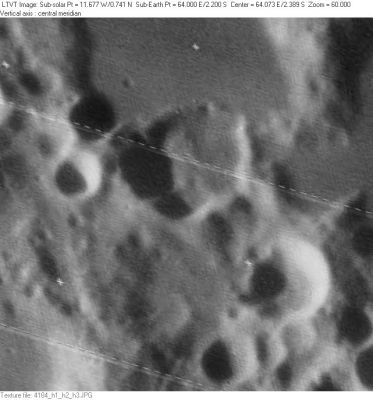 LO-IV-184H Hargreaves is just above center, straddling the south rim of 41-km Maclaurin H (which seems to be identified as part of Mare Spumans on LTO-80B1). To the southeast of Hargreaves is 14-km Morley.