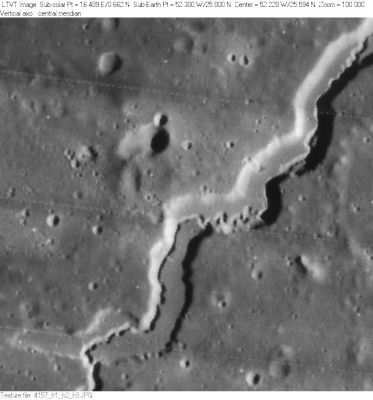 LO-IV-157H Freud is the larger of the two touching shadowed circular craters to the upper left of center. Judging from its IAU size, the extension to the west and southwest is probably not regarded as part of the named feature. The 3-km or so channel winding across the frame (with the little 300-400 m wide rille meandering along its floor) is a small part of Vallis Schröteri.