Flamsteed - and the Flamsteed P ring north of it 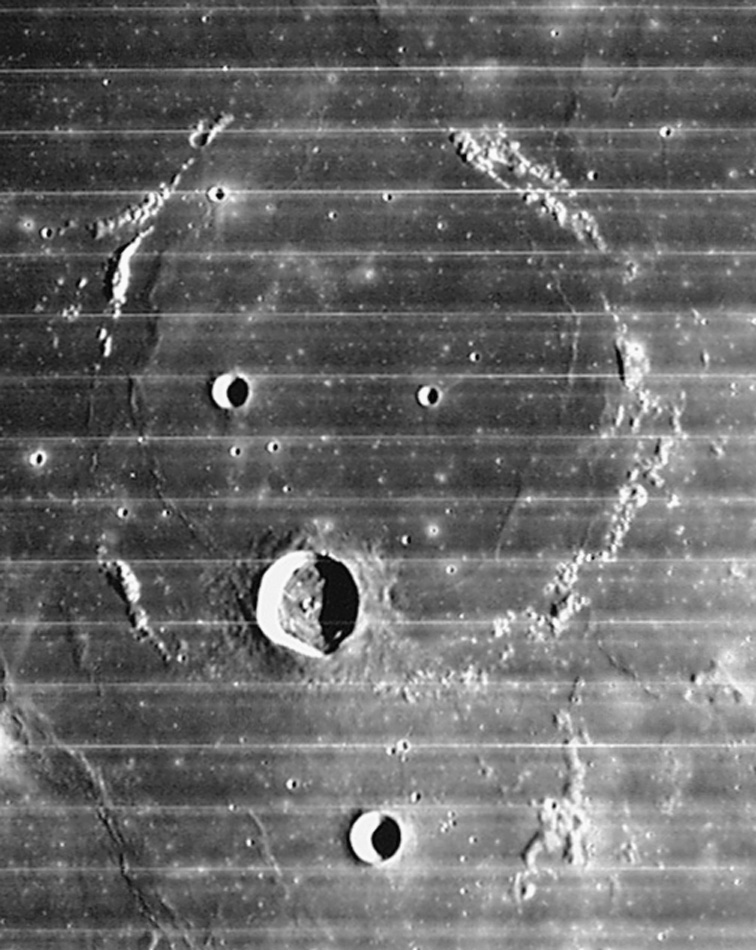 Flamsteed is a small complex crater with rim slumps, especially on the southern edge where a scallop marks where wall material slid into the crater. A large ruined crater, Flamsteed P, extends to the north of Flamsteed. This 112 km diameter partial ring was a normal crater that has been nearly completely covered by Oceanus Procellarum lava flows. - tychocrater Sep 29, 2007

(IAU Directions) FLAMSTEED.--A bright ring-plain, 9 miles in diameter, in a barren region in the Oceanus Procellarum, N.W. of Wichmann. It has a regular border (broken at one place on the N. by a gap, which probably represents a crater), rising to a height of about 1,400 feet above the surrounding plain. A great enclosure, 60 miles in diameter, lies on the N. of Flamsteed. It is defined by low ridges which exhibit many breaks, though under a high light the ring is apparently continuous. Within are several small craters and two considerable hills, nearly central.

Quite large circle-shaped formation southwest of the Flamsteed P ring