Dorsum Termier, on the southern part of Mare Crisium 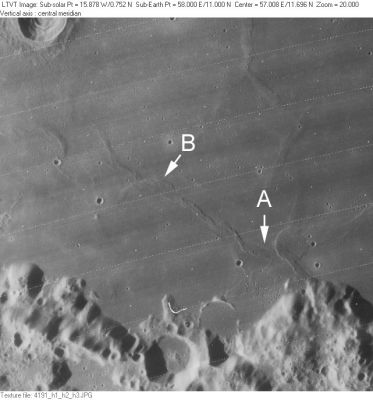 LO-IV-191H The IAU's Dorsum Termier is the ridge running roughly between points “A” and “B” in this Lunar Orbiter view of the southern shore of Mare Crisium. The IAU name does not appear to include the ridges running to the north and west from point “B”. Other IAU-named features in this view include 23-km Shapley (in the hills at bottom center), and 22-km Picard (partially visible in the upper left).
Note the ghost crater immediately east of point "A".

Ghost Crater in Southern Mare Crisium (near the southeastern part of Dorsum Termier).