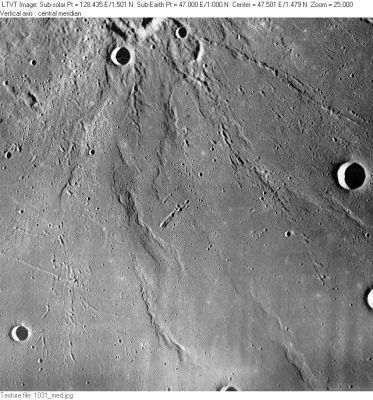 LO-I-031M Dorsa Cato are the ridge(s ?) slightly to the left of center in this view which includes Catena Taruntius in the upper right, and Anville a little above the center right margin. The ridges just below Anville are part of Dorsum Cushman. The prominent ridge in the lower right might possibly be part of Dorsa Cato, but no name is assigned to it on LTO-79B2 (where it appears), so it is most likely unnamed .