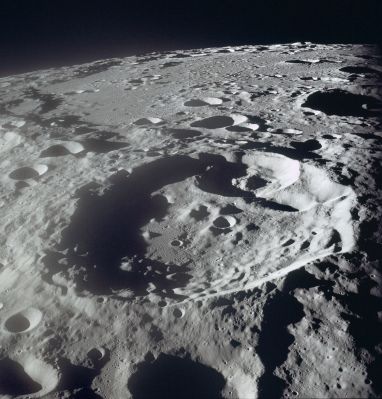 LPOD Photo Gallery Lunar Orbiter Images Apollo Images
- AS08-13-2244; an orbital Hasselblad photograph made during the mission of Apollo 8 in december 1968, shows the western half of the pronounced crater Doppler, near the photograph's left margin, looking southward.
- AS08-13-2317 shows the northeastern part of Doppler, with small pronounced crater at Doppler's NE-rim which is occupying the centre of the frame.
- Frame 39, made by ZOND 8, shows Doppler near the frame's lower left corner.
Research Apollo and Zond photography: Danny Caes