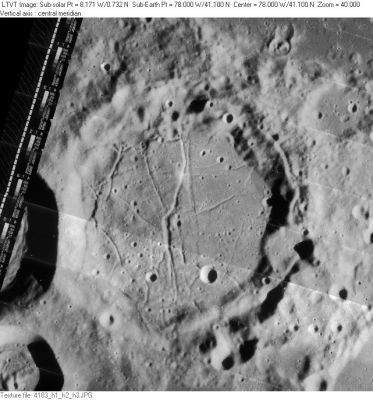 LO-IV-183H The strong shadow on the left is from 49-km Lavoisier E. Below it is 25-km Lavoisier B, also with a strong shadow. Just outside von Braun’s northeast rim is the rather inconspicuous 17-km Harding B. It is on the southern rim of what looks like an ancient unnamed crater.