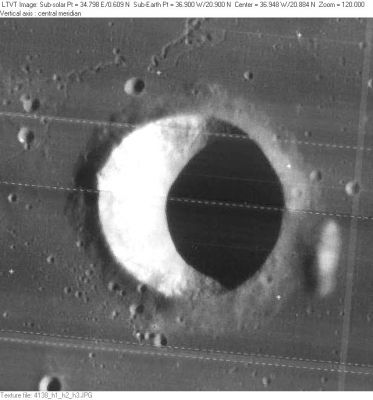 LO-IV-138-h3
Brayley is easy to recognize because of the elongated hillock just to the east of the crater itself. The rilles in the upper left of the frame above are part of Rima Brayley.