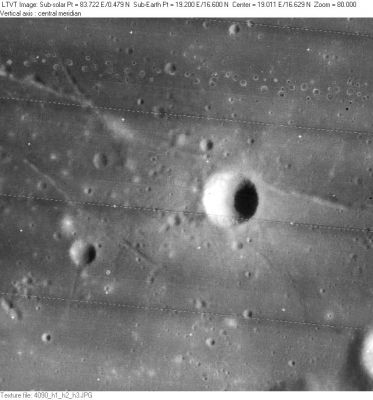 LO-IV-090H The rilles are part of Rimae Menelaus.

(IAU Directions) TAQUET.--A conspicuous little crater on the S. border of the Mare Serenitatis at the foot of the Haemus Mountains. A branch of the great Serpentine ridge, which traverses the E. side of this plain and other lesser elevations, runs towards it.

Kind of Mist in Tacquet?