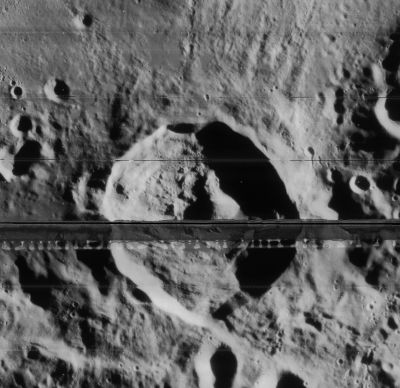 The very smooth looking spot with the arc-shaped row of skylights, just north-northeast of Rutherfurd