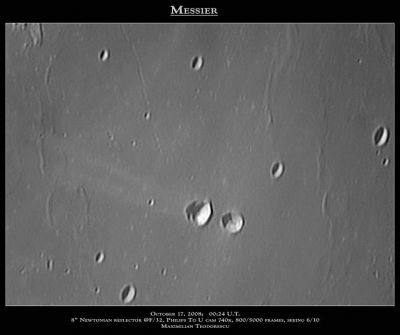 Maximilian Teodorescu Messier is the right-most crater of the pair near the center. Rimae Messier is seen as the thin gouge slanting up towards the top of the frame, intersecting the top margin about a third of the way from the left, between the craters Secchi X (left) and Secchi K (right).