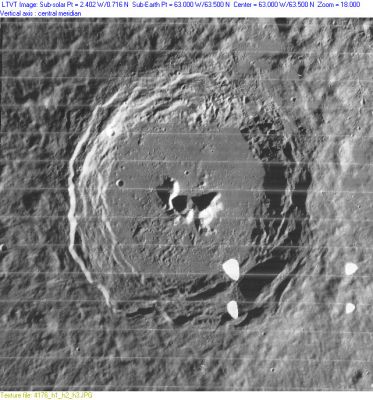 (IAU Directions) PYTHAGORAS.--A noble walled-plain, 95 miles in diameter, which no one who observes it fails to lament is not nearer the centre of the disc, as it would then undoubtedly rank among the most imposing objects of its class. Even under all the disadvantages of position, it is by far the most striking formation in the neighbourhood. Its rampart rises, at one point on the N., to a height of nearly 17,000 feet above the floor, on which stands a magnificent central mountain, familiar to most observers. 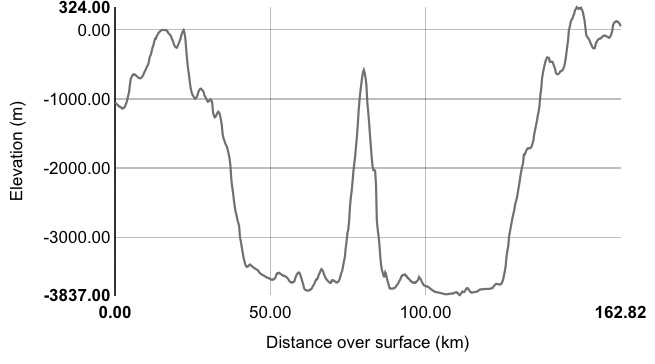 What a Difference Two Weeks Makes.
Seeing Double: Pythagoras
Copernicus on the Limb
Textures (the very first bit of early sunlight on the central peak of the totally shadowed Pythagoras).