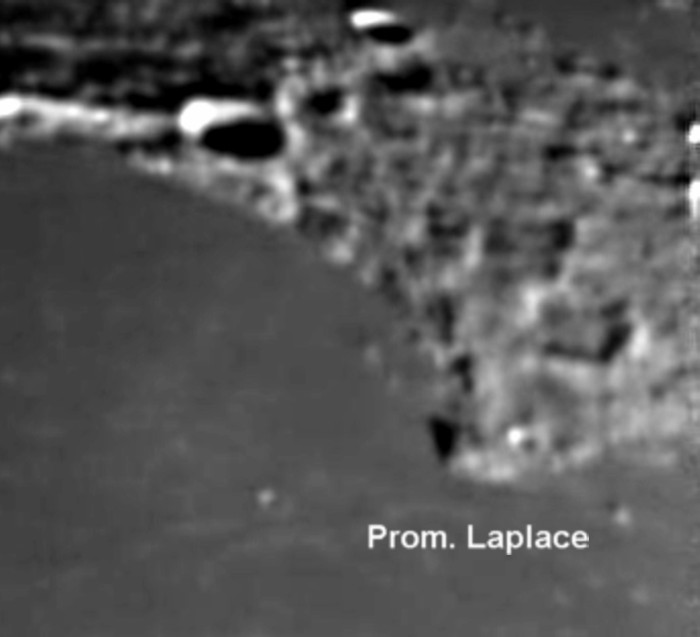 Promontorium Laplace imaged with a 152mm achromatic refractor with 2X Barlow. The big crater to the north is Bianchini

(IAU Directions) THE LAPLACE PROMONTORY.--A magnificent headland marking the extreme eastern extremity of the finest bay on the moon's visible surface, the Sinus Iridum; above which it towers to a height of 9,000 feet or more, projecting considerably in front of the line of massive cliffs which define the border of the Sinus, and presenting a long straight face to the S.W. Near its summit are two large but shallow depressions, the more westerly having a very bright interior. At a lower level, almost directly below the last, is a third depression. All three are easy objects under a low sun. The best view of the promontory and its surroundings is obtained when the W. side of the bay is on the morning terminator. Its prominent shadow is traceable for many days after sunrise.

Mounds in a Melt Pond

An Oblique View of Prom. Laplace