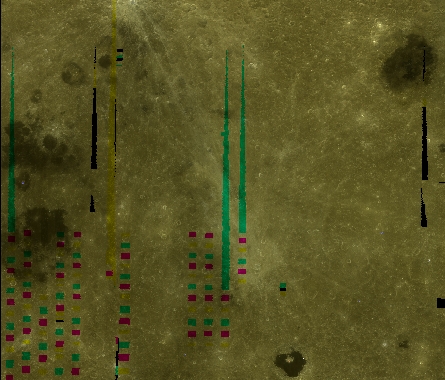 Clementine UV-VIS Multispectral Mosaic: Mercator projection dynamically created by USGS lunar Web Map Service. Click here for a USGS-generated list of all currently IAU-named features with centers in this field. The series of crater rims giving the impression of a mountain chain at some sun angles runs roughly along the interlocking diagonal of bright rays extending from Giordano Bruno in the upper right to Necho (below center). The intensely dark crater at the bottom is Tsiolkovskiy. Mare Moscoviense is in the upper left and Mare Marginis (upper) and Mare Smythii (lower) on the left.